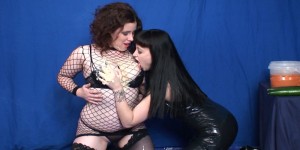 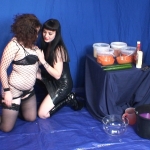 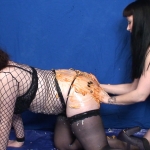 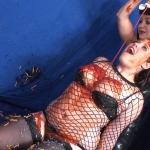 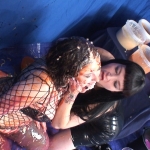 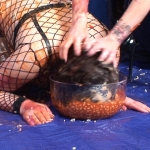 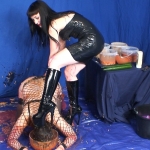 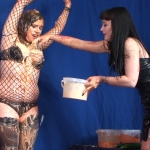 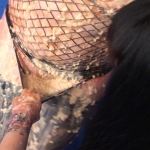 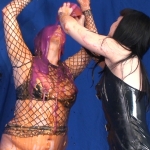 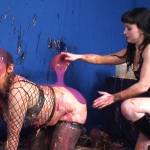 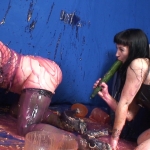 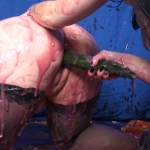 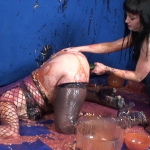 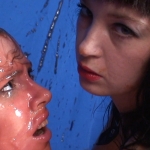 Jessica is on the receiving end of a barrage of porridge, spaghetti, ketchup and mayo from Mistress Scarlett including being dunked face first in bowl of baked beans with the heel of Scarlett’s boot holding Jess in place.

Jessica is then strung up and her knickers filled with gloop before being covered in gunge and baked beans and then forced onto all fours with her ass in the air so that her Mistress can inflict the final humiliation by fucking her with a large cucumber leaving Jess ‘bitchmessed’ and gasping in the goo.